World At Risk Of Global Pandemic 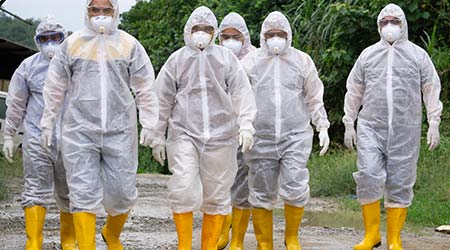 The world would be grossly unprepared for a global pandemic should one occur, according to a report co-created by the World Bank and the World Health Organization (WHO).

The findings of the two groups are even more jarring considering they also conclude that the chances of a global pandemic breaking out are increasing.

The report states that society has for too long only made efforts towards fighting a pandemic when a serious threat has arose and that negligence has put the world in a situation that is beyond repair.

The panel of experts say that if a pandemic similar to that of 1918 happened today, it would the ability to kill up to 80 million people worldwide and destroy 5 percent of the global economy, says CNN, which broke down the report.

The increasing propensity for more severe pandemics to occur is aided by the fact that the world’s population density continues to grow and travel, which allows disease to spread more rapidly than ever.

Global warming also puts the world at increased risk of a pandemic because it helps to foster mosquito-borne diseases, CNN reported earlier this year.

In response to the threat, WHO is asking world leaders to make a number of moves to minimize risk, such as the development of a disaster plan that spans several years.