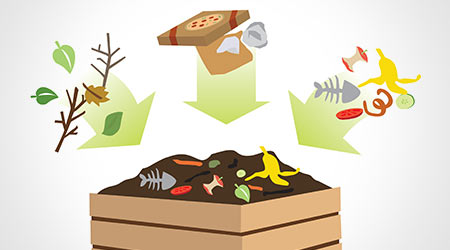 McKinley Elementary in Wauwatosa, Wisconsin, received the 2017 Recycling Excellence Award for Projects for their two-year-old recycling and composting program, according to an article on the Milwaukee Journal-Sentinel website.

The award was given by the Wisconsin Department of Natural Resources. Their Recycling Excellence Award program was created to encourage outstanding efforts in recycling, while offering information and guidance, according to the Bureau of Waste and Materials Management with the Department of Natural Resources. The program started about two years ago, when teachers Jennifer Leigh and Elizabeth Daily partnered with a local composting firm and the PTO supported the recycling project with fundraisers.

This year, the composting effort expanded to classrooms, building it into some grades' science curriculums. According to one article, composting turns food waste, food-soiled paper products, and compostable serviceware into nutrients for new plants to grow. Along with being good for the environment, composting also:

• Costs less than putting food waste into the landfill.

• Improves soil quality when the compost is applied to grounds care.

“I think that it’s important that not only that we had staff and student buy-in, but that we had parent participation and support, as well, and district support,” McKinley Principal Jean Hoffmann said in the article.

During the last school year, students were taught about recycling and composting, and how to sort their waste properly.  A “Green Team” of older students was formed to help the younger students.

"Hopefully as the kids grow up this will become a huge part of their life, just thinking differently about the world in their part in it," Daily said in the article.