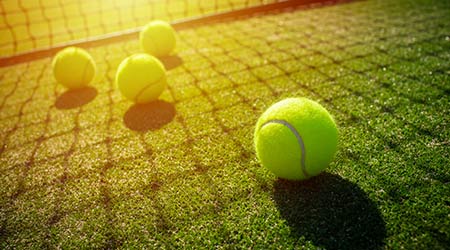 Former Wimbledon staffers say that the famed Wimbledon tennis tournament is staffed with "the most privileged bin and loo cleaners you have ever met in your life." According to The Tab reporting, ex-employees say most of the workers were students who attend private schools or well-respected universities.

One tournament veteran said: "Basically everyone who works Wimbledon in the jobs like cleaning are middle-class university students from South West London."

All the ex-employees interviewed said the better looking and posher you were, the better job you got.

The preferential treatment wasn't restricted to the cleaning staff either. A former security guard told reporters that the better looking staff members were assigned to either walk players out or were placed in very publicly visible locations such as Center Court. Court escorts were generally attractive, blonde females, he said.

A staffer who worked the Center Court with the cleaning team said he and his team were told that they had be as discreet as possible when they were cleaning. It was all about appearances, he said, people weren't meant to know the cleaners existed.

An AELTC (All England Lawn Tennis Club) spokesperson denied there was a racial divide, saying the group was "committed to ensuring we attract, develop and retain a diverse, inclusive and happy workforce for the good of the AELTC and The Championships."