Why is Lysol Creating the World's Stinkiest Sock? 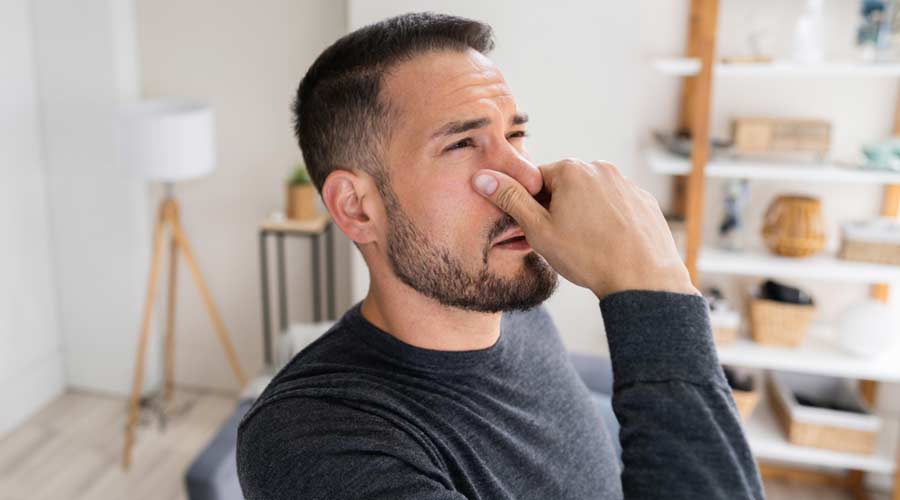 Lysol, a Reckitt brand, has one question for you – can you handle the stink? To showcase the benefits of Lysol Laundry Sanitizer, Lysol scientists worked tirelessly to create what they believe to be the World's Stinkiest Sock – using a synthetic formula that represents the worst foot stink, inspired by every day, odor-causing bacteria. A powerful laundry additive, Lysol Laundry Sanitizer kills 99.9 percent of odor-causing bacteria on laundry, when used as directed.

A leader in germ kill, Lysol knows that sweat on clothes mixed with bacteria can lead to stubborn odor in your laundry. This is especially true for socks, thanks to the more than 250,000 sweat glands on our feet.

"Sweat provides an environment where bacteria can thrive, making socks one of the stinkiest items of clothing," says Callum Couser, R&D operations manager, Hygiene. "My team of Lysol scientists put our noses to the test using a blend of acids to replicate the scent of unforgettable foot stink. Because if Lysol Laundry Sanitizer can handle the World's Stinkiest Sock, it can handle your stinky loads too."

Lysol is partnering with actress, comedian, author and mom, Rachel Dratch, to launch the #LysolLaundryChallenge, challenging consumers to try Lysol Laundry Sanitizer – a laundry additive that kills 99.9 percent of odor-causing bacteria on clothes, when used as directed – on their stinky laundry loads, or if they don't love the results, get their money back.

"At Lysol we know that you don't have to be a pro athlete to be an expert in stinky laundry. Even routine, day-to-day activities can result in bacteria on our clothing that, when mixed with sweat, create seriously stinky odors," says Benoit Veryser, vice president of US Marketing for Lysol. "We're excited to launch the #LysolLaundryChallenge so consumers can smell for themselves the benefits of Lysol Laundry Sanitizer on their stinky loads. We are so confident you'll smell an improvement in your laundry that we're offering a money back guarantee."

Lysol is also proud to become the official laundry sanitizer of the Boston Red Sox, a team that's all too familiar with the sweatiness and stinkiness that sports produce.

Rachel Dratch – a Massachusetts native known for her unforgettable characters, a Red Sox fan among them – will join Lysol outside Boston's famed Fenway Park in September where fans will have the opportunity to smell the World's Stinkiest Sock alongside a sock that's been rinsed using Lysol Laundry Sanitizer.

"While I'm a lifelong Red Sox fan known for portraying a certain Boston teen, I'm also a mom who is all too familiar with stinky laundry," says Rachel Dratch. "I'm wicked psyched to partner with Lysol as they introduce the World's Stinkiest Sock and become the official laundry sanitizer of the Sox. If Lysol Laundry Sanitizer is strong enough to handle the stinkiest of stinks, of course it can handle my family's stinky laundry loads!"

On Sept. 14th, join Lysol and Rachel Dratch outside Fenway Park (behind the Red Sox team store at the intersection of Jersey St. and Van Ness St.) from 4pm to 8 p.m. ET to smell the World's Stinkiest Sock for yourself. Lysol's immersive laundry-themed experience has the World's Stinkiest Sock at its center — and after facing the stink, visitors will receive a digital gif of their reaction and a Red Sox-themed gift.

For more information on Lysol Laundry Sanitizer, the World's Stinkiest Sock, and the #LysolLaundryChallenge, view here.