Why To Pay Attention To The Global Supply Chain 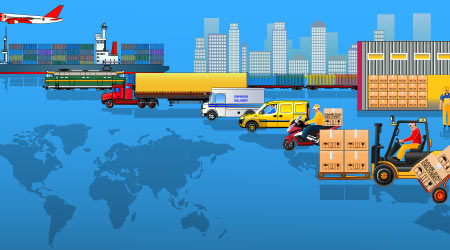 Michael Wilson, vice president of marketing and packaging for AFFLINK, a member-based sales and marketing organization, says Americans should not believe everything will be back to normal in a few months.

“COVID-19 has created many problems for the world’s supply chain," he says. "These problems may present a clearer picture of the challenges we have before us.”

Wilson based his thoughts on a study by Tradeshift, a global platform for supply chain management, published in May 2020 by the World Economic Forum.

According to Wilson, some of the key points in the study were the following:

- In March, 90 percent of respondents believed things would be back to “business as usual” in three months; In May, little more than half thought this was likely.

- Since mid-February, China’s domestic and international trade transactions have dropped more than 56 percent at the time of the study and has been slow to pick up.

- In the United States and Europe, local and international trade transactions have dropped by about 40 percent at the time of the study

- While governments worldwide have injected liquidity into global financial systems, according to the report “the efficacy of such measures is fading.”

- A growing number of multinational companies are now most focused on their own self-preservation. One result of this is that companies are taking longer to pay invoices, spreading pain down the supply chain.

- COVID-19 has exposed how vulnerable end-customers are when it comes to “single-sourcing” — depending on one supplier for most supplies.

However, the study also pointed out some possible benefits to the U.S. and other countries around the world.

For instance, it indicated that China may no longer be the “world's factory” as more companies move manufacturing to other countries to avoid dependency on Chinese factories.

Further, due to advances in automation, some U.S. companies may bring production back to the United States.

"Ultimately, trends in the world supply chain will be the best gauge of where the world's economy is headed," says Wilson. "Distribution has rarely played such a commanding role as an economic indicator."