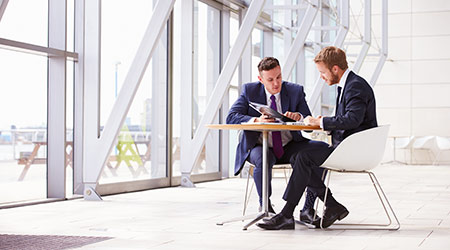 In the mid-2000s, a U.S. computer manufacturer signed a long-term contract with an overnight delivery service to transport its products.

By the eighth year of the 10-year contract, both the manufacturer and the carrier wanted out. But both companies knew ending the agreement would be a lose-lose.

Finally, the two companies decided to scrap their old contract. They replaced it with what Michael Wilson of AFFLINK calls a “relationship” agreement.

“Two years into the new contract, the carrier was able to reduce costs, supply chain efficiency was enhanced, and the friction generated by the old contract was eliminated,” says Wilson, AFFLINK’s vice president of marketing and packaging.

Because Wilson believes relationship contracts can benefit distribution in many different industry sectors, he suggests taking the following steps to put one into action:

“Most contracts are designed to protect each party’s interests. Put that concept aside,” says Wilson. “Develop a contract the builds relationships and serves both parties at multiple levels.”

Step 2: Have a shared vision

Some contracts are designed to give greater power to one party over the other.

“Again, toss that aside,” says Wilson. “The focus must be a shared vision, how the two parties can work together for the benefit of the end-customer.”

“Have a preamble to the contract, emphasizing that both parties are committed to honesty, loyalty, transparency, integrity, and fairness,” says Wilson. “These become the guiding principles of the contract.”

With the first three steps agreed upon, now the economics of the relationship contract must be hammered out. This is where the responsibilities of all parties and charges are outlined.

Both partners in a relationship contract should have matching teams that address specific issues as they come up.

Both sides should be thankful after these five steps have been addressed.

“When you work in the manufacturing sector, there is nothing more important than a good working relationship with vendors," says Wilson. "Relationship contracts ensure a team mentality shines in any partnership.”