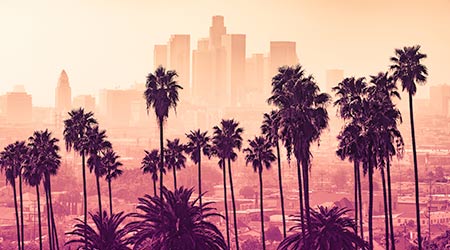 Like most large American cities, Los Angeles is plagued by a lack of public restrooms, as well as public urination and defecation. But the state of the restroom might change in the City of Angles thanks to Department of Public Works Initiative that has spawned some of the cleanest, safest public restrooms anywhere.

Los Angles has opened 16 public restrooms throughout the city that are cleaned after each use from 7 a.m. to 7 p.m., reports Los Angeleno. In addition to the remarkable cleanliness, these restrooms present impeccable safety, as attendants not only clean, but also keep order of the facilities during this entire 12-hour window in which the facilities are manned.

The orderliness and cleanliness of the operation can be attributed to a rather unique system. Patrons enter the restroom (which sport enough space to bring their bicycle inside with them) with a strict four minutes to do their business. If they don’t need the entire four minutes, they can press a button from the inside that opens the restroom up and notifies staff that the area is no long in use.

Once the patron has exited, a restroom attendant will be notified and then clean any an all mess both inside or outside of the restroom.

A few of the restrooms are placed in some of the roughest parts of the city, like the infamous Skid Row neighborhood. An attendant who recently worked the Skid Row restroom says his shift was chaotic, but only presented one altercation, which was resolved quickly through police intervention.

The scene at the Skid Row restroom can be positive, too. The same attendant who reports seeing an altercation says he has seen people pass out food and hygiene kits to the people who inhabit the area.

In addition to providing a service to the patrons who use the facilities, the 16 new city-operated restrooms provide a great opportunity to those employed to work them. Some of these workers have been convicted of a felony, been incarcerated, or both. This means that their work as an attendant grants them a second chance that can otherwise be very tough to come by.