What Japan Can Teach Us About Cleanliness 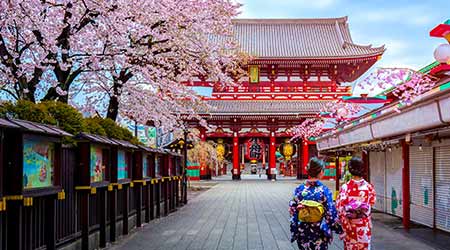 Many of those who visit Japan are surprised by its cleanliness and lack of litter. The reason the country is so clean compared to others might be the great care its citizens put into the practice, reports BBC.

Unlike in the United States, students are expected to clean their school from their first year until graduation. These cleaning tasks, which include mopping floors and wiping down surfaces (even in the restrooms), are as much of a part of a child’s school day as social studies or science.

By teaching students to care for the cleanliness of their school, Japan is also teaching children to be more conscious of the importance of cleanliness and to take pride in their surroundings.

The cleaning doesn’t end for the kids once they get home. It’s common for parents to make their children clean their own spaces — something that is more common in the United States.

As the kids of Japan transform into adults, their perception of what spaces they are responsible for also grows. In addition to their homes, school or place of work, the Japanese feel a need to keep their neighborhoods, cities and country clean.

Those who attend a large sporting event or festival in the United States are likely to see a lot of trash scattered through the stadiums and grounds. This isn’t as much the case in Japan, where people will hold onto their waste until they find a spot where it can be disposed. Even more unlike most of Western Civilization, some smokers in Japan will actually bring portable ashtrays with them to public spaces so that they do not leave ashes and buds behind — and that's even if they feel okay with smoking around others.

It’s long been understood that paper money and coins carry with them a great deal of bacteria. Knowing this, the people of Japan will avoid the hand-to-hand exchange of money by placing their currency in trays when paying for an item.

To learn more about how the Japanese keep their country clean, read the rest of the BBC’s report here.