Water Usage Facts And How To Be More Efficient 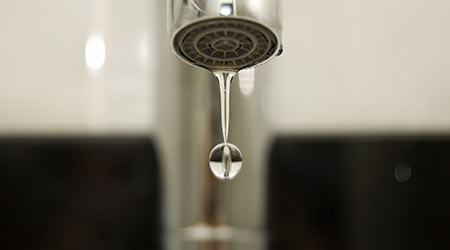 Because we are finally starting to think more about water - and ways to use it more efficiently - Waterless Co., manufacturer of no-water urinal systems, presents the following water trivia. These are subjects most of us have wondered about at one time or another. Hopefully, the following brings some understanding:

• In urban areas, 75 percent of all water is used in homes.

• In the home, roughly 60 percent of all water is used to flush toilets, run showers and faucets.

• In an office, 40 percent of all water is used in restrooms, mostly for toilets and traditional urinals.

• Water wasted due to leaks totals about one trillion gallons annually in the U.S.

• New studies indicate that one waterless urinal saves 30,000 to 45,000 gallons of water per year, sometimes more depending on where it is installed.

• As to where the urine goes when using a no-water urinal, it flows below the trap/cylinder at the base of the urinal into a "U" tube to block odors; as it accumulates, it flows down a standard sewer pipe.

• A top-loading washing machine uses 30 gallons of water per wash.

• A front-loading washing machine uses 10 gallons of water per wash.

• It takes energy to deliver water.  A faucet running for five minutes uses about as much energy as a 60-watt light bulb that has been turned on for 14 hours.

• Our peak year for water consumption in the U.S. was 1980 in which we used 440 billion gallons of water per day (BGD); by 2010 that declined to 350 BGD, due to water efficiency measures and new technologies.