Waste Receptacles Are Getting Smarter 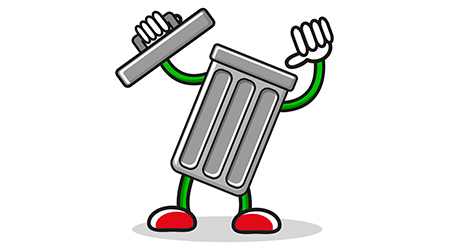 San Francisco and Philadelphia are just two cities where the waste receptacles are pitching in to save the cities time and money, while keeping the streets and sidewalks clean. This is possible because of smart sensors that are being installed in the receptacles.

According to The Mercury News, San Francisco will install these sensors in 1,000 trash bins sometime this spring.

The optical sensors will track and learn from patterns of activity in the bins. That information can then be used by city officials to make decisions on where to place the bins, when they should be emptied and where there are opportunities for recycling.

The public works department expects the system to reduce the time it takes for trash pickup. It currently takes about 15 to 20 minutes to respond to calls from the public about overflowing trash bins. The new system will pre-empt many of those calls, alerting the department when bins are 80 percent full.

In Philadelphia, city officials recently installed 500 solar-powered compacting units in the city center, the highest volume areas, and introduced on-street recycling at more than 200 of the smart bin locations. Currently, there are more than 1,300 smart waste and recycling units in use throughout the city.

The Philadelphia program has resulted in an average weekly collection reduction of 82 percent with one shift instead of three. That translated to reduced collection costs and fuel use — a 70 operating cost savings, according to an article on the Bigbelly website.