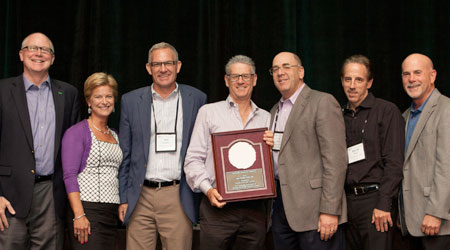 In a statement late last week, WAXIE announced the passing of Jim Fischer, Vice President of Business Development. Fischer passed away suddenly in his home in Scottsdale, Arizona, on Monday, May 13, 2019. He leaves behind a wife and two children. 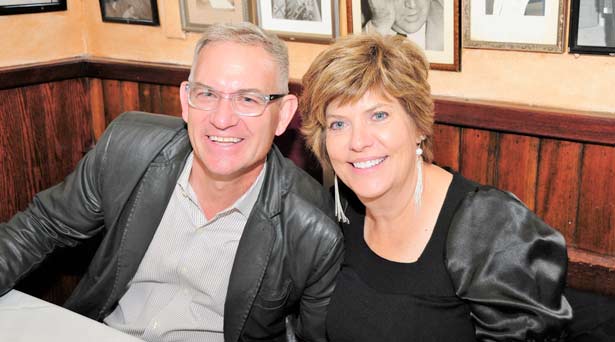 Fischer began his career at WAXIE in January of 1987 as a warehouse worker. Over the next 32 years he ascended through the ranks to become Vice President, Business Development working closely with corporate accounts and NETWORK Services, Inc. Along the way he held positions as Warehouse Manager, Operations Manager, Account Consultant, Sales Manager, and General Manager.

In the statement, Rick Hazard, vice president of marketing, remembers Fischer:
"He is remembered as an innovator, an industry oracle, a Jan/San prophet who could look into the future and make predictions. He was a lover of history and would often rattle off past events and statistics to back up his claims. He was adamant that he knew what teams played in and the score of every super bowl and was a fervent ASU Sun Devils and Arizona Cardinals fan. We never fact checked him, we just relished in the ardent delivery.
"Jim forecasted many years ago that there would be much consolidation both in manufacturing and distribution, and would leave the industry with fewer companies. He foresaw the emerging trend and the changing landscape with respect to vertical markets. He preached the need to articulate value and service differentiation. He warned us of rising costs and issues related to labor and supply chain; Jim was often right.
"He had the ability to connect at the C-Suite level. He understood the challenges that executives faced in managing costs and the trials of trying to maintain clean, healthy facilities and organizations. He was a voracious learner, an attentive listener, and a student of the industry. He desired to learn as much as he could with the intent to truly assist in the process.
"Jim challenged us to be brave, to take on the bigger issues. To think outside of the box, to look beyond today, to not rest on our laurels, to prepare for the future or be swept away. He could be heard saying “change is coming baby, and if you aren’t willing to make adjustments, then you’re not going to be around cuz you’ll get run over” and then make the hand gesture that would imply a train just rolled over an unsuspecting insect or something."

Fischer's impact reached far beyond the WAXIE footprint. He was a true collaborator and teammate with the NETWORK Services Corporate Account team and other NETWORK members across the country. Due to his efforts and leadership, WAXIE earned multiple awards from NETWORK including the prestigious 2015 Business Development Award.

In Fischer's world, product was secondary. Process, solutions, and programs that addressed the “real” issues in his, and the mind of the customers, is what mattered and where he spent his time. He dedicated his career pulling the industry toward change. He was often ahead of the game. Advocating for revolution, headed in a direction that most people didn’t want to go, but because he believed so much in what he was doing and the direction he felt we all needed to go, he never wavered……and he was right, most of the time.

According to a WAXIE statement: "There is a gaping hole in all of our hearts and in the universe with the loss of Jim. The industry will not be the same. Our lives will not be the same. He was a thought leader, a warrior and a gentle soul. We may never fully know the impact Jim will have on the industry and our lives, but we do know he leaves behind a legacy, one never to be duplicated, and one that we all would be proud of. Rest in peace Jim!"