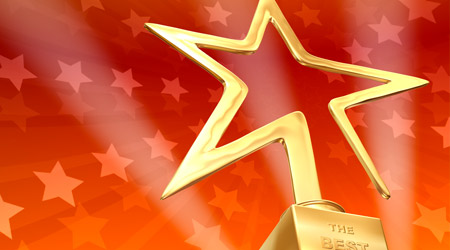 Utah ESGR State Chair Jeff Tiede recently presented the Utah Employer Support of the Guard Reserve “Patriotic Employer” Award to Brent Taylor and WAXIE Sanitary Supply. The ESGR Award is given by the Department of Defense to promote and recognize outstanding employer support of the National Guard and Reserve service, and to strengthen relationships between service members and employers.

Brent was nominated for the award by Chris Jewkes, an Account Consultant with WAXIE and a 1st Lieutenant in the US Army Reserves. Chris serves with the 328th Combat Support Hospital in Salt Lake City, Utah and believes that “Brent is a great leader, and that comes from a great company. He leads by example and always encourages others to do their best and to learn all they can. Brent is an excellent representation of how to apply WAXIE principles in our everyday lives.”

“During the hiring process Chris had said that he’d need to take some extended absences due to being in the National Guard and Reserve service, and I said that was no problem, we could work around his schedule,” Brent recalled.

Brent Taylor, a 40 year industry veteran, is currently the Special Projects Manager for WAXIE’s Utah and Idaho regions. Prior to holding this position he was the Regional Sales Manager for WAXIE’s Salt Lake City branch, where he interviewed and hired Chris Jewkes as an Account Consultant.

This award has special significance for WAXIE as its founders, Harry and Morris Wax, both served in the military. WAXIE was previously recognized by the California ESGR in 2012 with the “Seven Seals,” “Above and Beyond” and several “Patriotic Employer” awards.