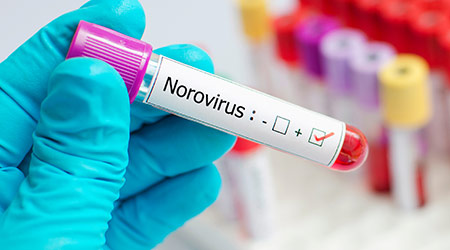 The 2019-2020 flu season has been brutal, heavily attacking nearly the entire country with remarkable consistency. Now, the flu is really flexing its muscles by proving that even the most sacred of America's wonders are not safe.

More than 150 of the people who came to witness the breathtaking sights of Yosemite National Park have been sickened by a possible norovirus outbreak during their visit to the world-renowned treasure, the National Park Service (NPS) announced in a statement.

About 170 of the park’s visitors and employees have come forward reporting gastrointestinal issues, the majority of which say they had been in the park’s Yosemite Valley. The National Park Service said in its Jan. 16 announcement that norovirus was confirmed in at least two of the cases. The NPS says most of the cases started around the first week of January and there has been a sharp decline in new cases since.

Norovirus is so problematic because it spreads easily. It can be transferred from person-to-object-to-person, or by contact with infected foods or liquids. Symptoms of the virus begin showing around 12 to 48 hours after exposure.

One of the best ways to stop the norovirus is through proper handwashing. Click here to read the findings of a study that explores exactly how handwashing can control an outbreak.