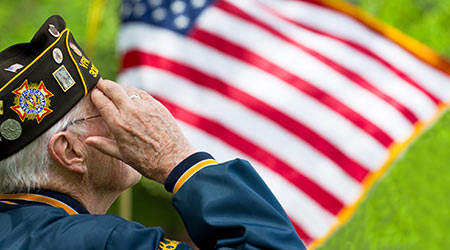 An initiative led by the Veterans Health Administration (VHA) reduced Methicillin-resistant Staphylococcus aureus (MRSA) infections by 89 percent over four years in a Veterans community living center (CLC) in North Carolina, according to research presented at the 44th Annual Conference of the Association for Professionals in Infection Control and Epidemiology (APIC).

Active surveillance and decolonization with strict control of the environment contributed to the significant reduction. At an estimated cost of $28,000 to treat each MRSA infection, researchers projected this initiative saved roughly $2.2 million by preventing an otherwise expected 64 infections over the study period of 2013-2016.

“This research shows the positive impact that targeted infection prevention interventions can have on patient safety and healthcare costs,” said Linda Greene, RN, MPS, CIC, FAPIC, 2017 APIC president. “It is important that infection preventionists have the latitude and resources to design programs to address the infection risk at their facilities.”

The aggressive intervention was put in place because an earlier attempt in 2007 to stop the spread of MRSA proved unsuccessful. The earlier effort relied on contact precautions – isolating colonized residents, using dedicated equipment, and requiring healthcare workers to don gowns before entering rooms. These stipulations applied to the majority of rooms in the CLCs, often leading to inefficiencies in the system and high rates of noncompliance due to the time required to don and doff personal protective equipment. The measures also proved too restrictive for residents because this was their permanent home. MRSA prevalence rose to an alarming 70 percent by 2012, leading researchers to consider additional actions outside of contact precautions to address the amount of MRSA present in the CLC environment.

Beginning in 2012, at the VHA’s 120-bed CLC in Salisbury, NC, staff moved quickly to test all MRSA-negative residents and then decolonize all known positives, plus everyone who tested positive at that time for five consecutive days. Decolonization consisted of daily chlorhexidine bathing and use of intra-nasal mupirocin. In addition, environmental services performed daily terminal cleaning of each resident room, bathroom, and all common areas including utilization of Ultra Violet C (UVC) light to help achieve control of the environment. The MRSA prevalence rates decreased from 45 percent of residents in the first quarter of 2013 to 16 percent in the fourth quarter of 2013.

The Salisbury VA CLC is designed as a community, with communal areas, a downtown center, movie theaters, and even a town hall with a mayor. Prior to the start of this initiative, researchers presented their case to the town council comprised of Veterans living in the community to obtain approval. A long period of adjustment was necessary for both residents and staff, but eventually the program achieved full buy-in as support grew with the program’s success.

The initial decolonization was followed by a “search and destroy” program. With the new procedures in place, any Veteran admitted who is already colonized with MRSA undergoes full decolonization immediately. All CLC residents are screened quarterly, and those who test positive for MRSA are decolonized for five consecutive days.

Researchers noted that MRSA decolonization efforts play out very differently in acute care, as patients only stay for a short period and are confined to their rooms. By contrast, in CLCs patients are admitted for long periods, and many live there permanently. Residents are encouraged to leave their rooms, treating the centers as they would their own homes. In addition to the fact that environmental contamination of MRSA is very high, patient-to-patient transmission poses a major challenge in CLCs.