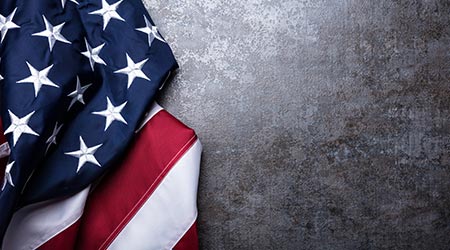 With Memorial Day just behind us, many have recently honored fallen soldiers of the United States Armed Forces in unique ways, including a group Vietnam War veterans who decided to clean up the war memorials at the South Dakota State Capital. The Pierre/Fort Pierre Vietnam Era Veterans Association gathered in mid-May to clean the capital ground’s “Flaming Fountain” and other monuments as part of a tradition they have started, reports the Capital Journal.

More than a dozen veterans braved cold, wet weather as they scrubbed statues, removed nasty algae from the special fountain and power-washed monuments free of gunk to the tune of the rock n’ roll hits of the 1960s and 1970s. In addition to the military monuments, volunteers cleaned artifacts dedicated to area first responders.

It was about six or seven years ago that the association came up with the idea to clean and pamper the area around the Memorial Day weekend, association president Ken Rausch told the Capital Journal. They do it, Rausch says, as a tribute to both military veterans and members of the capital city.