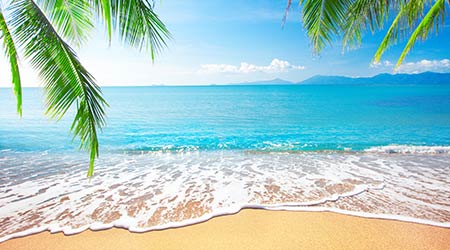 There is hope that a longtime staple of commercial cleaning can also be used to collect trash on some of the world’s dirtiest beaches. College students have developed “Hoola One,” a 12-foot-tall vacuum capable of picking up the pieces of microplastic increasingly found on many shores, reports Hawaii News Now.

The decision to develop Hoola One was inspired by Kamilo Beach, a portion of Hawaii’s Big Island infamous for the amount of plastic trash washed onto its shores. Hawaii as a whole suffers from waste — 90 percent of the marine debris that ends up on its shores is plastic.

The items sucked up by Hoola One are dropped into a large tank of water, which separates the materials because sand tends to sink to the bottom, while the plastic floats, says a project engineer. The vacuum can collect up to three gallons in a minute. The first time Hoola One was tried on the beach, it gathered more than 230 pounds of plastic.

The Hoola One prototype was developed through more than $50,000 in crowdfunding. The vacuum has been given to the Hawaii Wildlife fund, which hopes to use the machine to cleanup beaches on Maui, Oahu and Kauai islands.