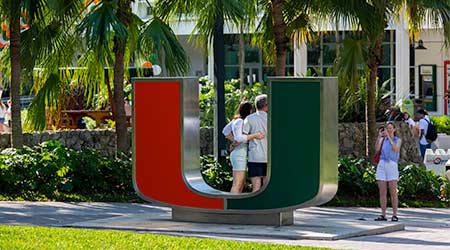 Student activists and subcontracted janitors at the University of Miami are angry that the cleaning professionals are not receiving the same personal protective equipment that’s worn by the people in the online training videos they’re expected to follow.

Before students, faculty and staff returned to the campus in Coral Gables, Florida for the fall semester, they were expected to watch an online training module that covered the university’s plans for cleaning and disinfecting during the COVID-19 pandemic. However, attentive students noticed that the janitors on campus haven’t been given the same gowns and hazmat suits as the people doing the cleaning work in the video, reports WUSF Public Media. The students went on to discover that the footage in the training videos was stock, further adding to the frustration of activists and janitors.

A spokesperson with the university didn’t respond to WUSF’s request for comment on the school’s decision to allegedly show stock footage in the online training video. The company that contracts the janitors to clean at the University of Miami says the workers are given all the necessary equipment suggested by the U.S. Centers for Disease Control and Prevention and Occupational Safety and Health Administration.

A janitor employed to clean the university says he and his colleagues receive face shields, gloves and surgical masks, the latter of which have to sometimes be reused. The same janitor tells WUSF that he’s been forced to practically quarantine every night after he goes home to his wife and father. He says he wears a mask at home, only goes in one area of the house and sleeps in a cot away from his wife.

As of late Monday morning, the University of Miami has reported 328 positive COIVD-19 tests since the start of the fall semester, according to its website. That means that 4.95 percent of tests conducted since Aug. 16 have come back positive. The janitors cleaning the university are asking for N95 masks and gowns to go along with the gloves and face shields they’re given to clean quarantined areas such as dormitories. They’re also seeking hazmat suites when fumigating areas that are believed to be contaminated.