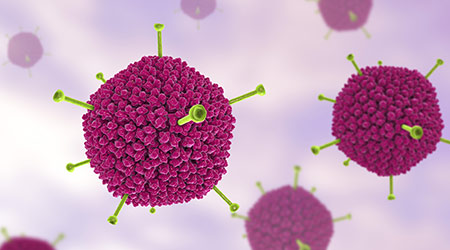 Many are still in mourning several months after a University of Maryland College student died due to complications partially brought on by adenovirus.

Olivia Shea Paregol, 18, died Nov. 18 after contracting the adenovirus that had spread across campus. Some are criticizing the university, which waited 18 days after finding out the virus was on campus to publicly announce its presence, the Washington Post reports.

University officials considered notifying students with weak immune systems and residents of Elkton Hall of the outbreak but didn’t. Paregol was a resident of the hall and was particularly vulnerable to the virus because of a major digestive tract condition.

Elkton Hall was particularly an issue because of the mold it has. While mold doesn’t cause the virus, it can make people more susceptible to viral infections.

The university says it had hired a remediation company to remove the mold in September and had advised students on how to prevent it from spreading. The university claims it went above what it was legally required in its response to the adenovirus. In April, two outside doctors hired to review the flagship school’s response concluded the University of Maryland did adhere to necessary policies and procedures. The school later released a statement pointing out that it followed Centers For Disease Control and Prevention guidelines.

Unfortunately, mold is often found at universities and other large facilities. For example, the University Oklahoma’s facilities management department started cleaning thousands of air vents after four types of mold were found in one dormitory last November.