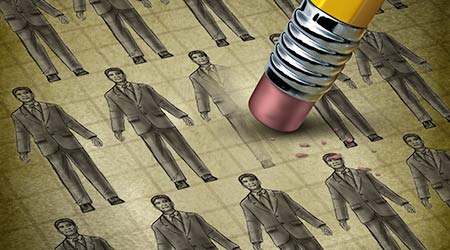 The number of Americans filing unemployment claims continues to soar to levels never before experienced in the modern tracking of the statistic.

The advanced figure for seasonal adjusted initial unemployment claims was 6.6 million for the week ending March 28, the United States Department of Labor (DOL) announced Thursday. That figure represents an increase of 3.3 million from the previous week's claims.

These findings mean that, for two straight weeks, the DOL has counted the highest level of seasonally adjusted initial claims in the history of the keeping that statistic.

There's no doubt that the high increase in unemployment claims has been caused by the COVID-19 pandemic in the United States, which has resulted in the closure of countless businesses and operations across much of the country.

“Similar to last week’s unemployment claims numbers, today’s report reflects the sacrifices American workers are making for their families, neighbors, and country in order to ‘slow the spread,'" says U.S. Secretary of Labor Eugene Scalia in a statement. "The Administration continues to act quickly to address this impact on American workers. That includes a rule the Labor Department adopted yesterday to implement the paid leave provisions of the Families First Coronavirus Response Act, and the Department’s work with the States to make available the enhanced unemployment benefits provided in the CARES Act, which the President signed last week.