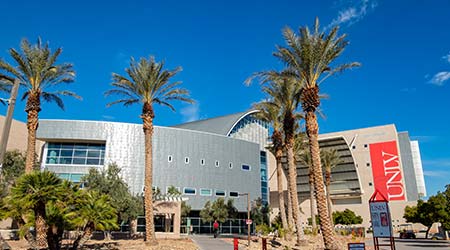 The University of Nevada, Las Vegas underwent a sizable overhaul recently by changing the signage associated with 165 of its single-use public restrooms to "All Gender/Family Restroom."

The signs went up next to restroom doors at the university's Maryland Parkway and Shadow Lane campuses, reports the Las Vegas Sun. The signs are simple, demonstrating a symbol of a toilet, baby and person in a wheelchair. The previous signs used for the restrooms only said "Restroom." Some of the signs had a toilet, male or female symbol.

Jamie Sprague-Ballou, a UNLV student and founder of Las Vegas Transpride, said the change is a "huge statement." She said she don't know how much more inclusive UNLV could make its campus.

The changes to the signage came just a week after Nevada Governor Steve Sisolak signed a bill into law that requires all single-use restrooms in public places across the state to be gender-neutral. Both the Nevada Assembly and state senate bill by wide margins.

Multi-stall restrooms on UNLV's campus are still separated by signage designated for either males or females.