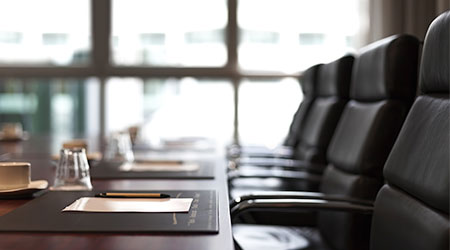 Two men were recently elected to Green Seal's board of directors, the nonprofit group announced in a press release.

Jim Jones, president of chemical safety consulting firm JJonesEnvironmental, and Edward Hubbard Jr., general counsel for the Renewable Fuels Association, join the members of the board already in place.

Jones also served as assistant administrator for U.S. Environmental Protection Agency’s Office of Chemical Safety and Pollution Prevention, a Senate-confirmed position. In the position he was responsible for implementing the nation’s pesticide, toxic substances, and pollution prevention laws from 2013 to 2017. His many accomplishments over his 30-year career at EPA included launching the Safer Choice ecolabel; helping to overhaul the Toxic Substances Control Act and establishing federal “Green Guidelines” to facilitate federal purchasing of sustainable products.

“Jim Jones has an unmatched record when it comes to accelerating the shift toward safer consumer and facility care products,” says Green Seal CEO Doug Gatlin. “He is a champion for innovative, market-based environmental solutions, and we could not be more pleased that Jim has joined Green Seal’s Board."

Hubbard has been general counsel for the Renewable Fuels Association since 2011, where he steers the international public policy agenda for America’s leading ethanol industry trade association and promotes a policy framework that advocates greater production and use of the renewable fuel. Previously, he served in the office of U.S. Senator Dianne Feinstein (D-Calif.), and as Legislative Director and Counsel to U.S. Representative Albert Wynn (D-Md.), advising on issues related to energy, commerce, small business and wireless.  Hubbard was appointed by Mayor Muriel Bowser to the inaugural Board of Directors of the DC Green Bank, an innovative policy tool designed to use public funds and private investment to expand renewable energy, reduce emissions, create green jobs and improve sustainability in Washington, D.C.

“Ed Hubbard brings tremendous policy expertise in renewable fuels and clean energy, as well as in international trade. We are delighted to have Ed join Green Seal’s Board, where his entrepreneurial approach to environmental policy will be a crucial asset.”