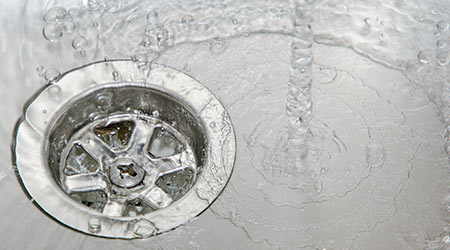 One of the challenges kitchen and cleaning workers in the food service industry grapple with is FOG: Fats, Oils, and Grease collecting in drains.

FOG is considered the most common cause of slow and blocked drains in a commercial kitchen. Fat, oil, and grease flow down drains initially, but as they cool, they harden, slowing drainage and causing drain backups.

“Of the three, grease is the big problem,” says Mike Watt with Avmor, manufacturer of professional cleaning solutions for the foodservice industry. “Grease does not dissolve with water. Instead, it clings to drain pipes.”

As oil and fats cool, they join the grease and collect on the sides of pipes as well.

“Some kitchen workers pour vinegar or baking powder down slow moving or blocked drains,” says Watt. “Or they use a plunger. In most cases, these do not help, and [using] the plunger may damage the pipe.”

Instead, Watt suggests the following:

Use a hand auger.
While these can prove useful, “make sure you know how to use one first — and this can be a messy job. Always wear gloves and goggles.”

Use a drain “maintainer.”
Drain maintainers work by digesting the FOG. Use a microbial-based formation that eats grease and oil. After use, use tap water to rinse the drain, removing any grease, oil, or soil remaining in the drain.

Finally, Watt adds that usually there are warning signals before a FOG problem gets serious.

“As soon as you see water flowing slowly down drains, it’s time to act. It’s best to address this FOGy problem before liquids stop flowing entirely.”