Tips On How Facilities Can Reduce Water Consumption 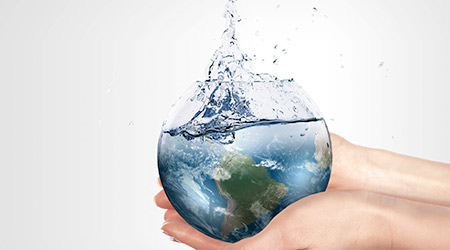 One of the most startling developments caused by the excessive heat this summer in California, Oregon, and Washington state is that thousands of shellfish are dying. This has happened in the past, but nothing like it is happening now.

"This is just one more example of how this summer is turning into a game changer when it comes to heat and, along with it, drought," says Klaus Reichardt, CEO and founder of Waterless Co., Inc. "The worst of the drought has not arrived, but unfortunately, it's right around the corner."

Because of this, Reichardt is adding to his list of steps building owners and managers can take to reduce water consumption and use water more efficiently. Among his new suggestions are the following:

• Turn building users into water stakeholders. "When you are a stakeholder, everyone feels a responsibility to do their part in reducing consumption," says Reichardt.

• Help people understand how their water-using habits may needlessly increase water use. "This could be anything from unnecessarily leaving faucets on or flushing waste down the toilet, which is very common," he adds.

• Post graphs in buildings indicating how much water is currently being used along with water-reducing goals. "These milestones should be in increments," adds Reichardt. "How much water the building wants to save in three months, six months, twelve months, and so on."

• Show how the cost of water impacts rents. "These costs are typically woven into lease agreements," he says. "As water consumption and water charges go up, they are passed on to the tenants when renewing leases."

Another thing we need to do, according to Reichardt, is check water meters every week.

"This indicates trends, changes, and if water use spikes, allows us to catch a leak before it becomes serious," he adds.