Three Ways Coronavirus Could Change The Paid Time Off Debate 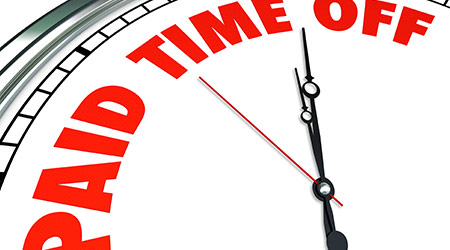 As the novel coronavirus continues to spread across the United States, workers are being encouraged to work remotely or stay home to prevent the spread of illnesses in the workplace.

Without paid-time-off policies or jobs that can be done via telework, however, many workers are left without a safety net and forced to choose between loss of wages and sacrificing their health and the health of others, says Ellen Ernst Kossek, the Basil S. Turner Professor of Management in the Krannert School of Management at Purdue University.

Kossek, who has spent the last three decades studying work-life issues in the public and private sectors, says the coronavirus might finally change the debate about paid time off in the United States.

1. Sickness as a public health issue:

“In the United States, we look at wellness as an individual issue,” says Kossek. “We need to use coronavirus to help us think of it as a public health issue, similar to 9/11, when the government embraced the spread of  teleworking so that the government could keep operating. The only silver lining here is that maybe we Americans can transform to think of sickness as a public health issue. People can experiment with new ways of supporting health through workplace flexibility and paid sick time for all U.S. workers.”

A law providing paid family leave for federal employees was signed in December, according to the Associated Press. But the U.S. still lacks paid-time-off policies for workers nationwide.

“Low-income workers, retail workers and people in food service often don’t have health care, have unpredictable schedules, don’t have paid sick time and are stuck choosing between wellness or providing basic income for their family,” says Kossek. “It’s a vicious cycle. Not supporting paid time off for these employees is shortsighted, as making people show up when sick or docking their pay can also harm the wellness of customers and co-workers.”

In a 2018 paper in the Academy of Management Annals, Kossek wrote that low-income workers were least likely to receive benefits such as paid time off, predictable schedules or the flexibility to work from home. Often single parents or struggling to make ends meet, these employees would benefit the most from such policies but are the least likely to have access compared to middle- and upper-income levels, says Kossek.

“It should be something that doesn’t matter where you stand in the American class system,” she says. “Work-life flexibility and time off for family and personal needs is a job equality issue; it’s a public health equality issue; it’s an American worker issue. You can see now that some people may be causing exposure or becoming more exposed because this has not been dealt with equally across the economic strata.”