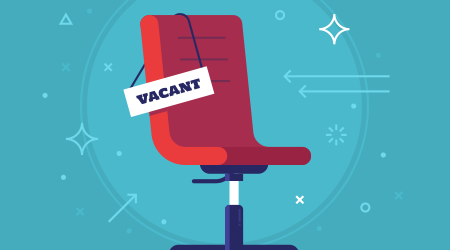 If you’re in charge of hiring cleaning staff, you can lower your turnover rates by avoiding a few red flags, according to an article on the KWANTEC website. Things to watch for include:

A long commute. Research has shown that nearly one in five people have left their jobs because of a bad commute. If the estimated commute is longer than 30 minutes, it could be a sign that the candidate won’t stick around for long.

Mismatch between work environment and personality. If you hire extroverts jobs where they’re expected to work alone most of the time, they probably won’t be happy. And if you hire introverts to work as part of a team all of the time, they’ll may find the work exhausting.

Salary incompatibility. It’s worth asking candidates to include salary information for their last few positions. If candidates are taking significant pay cuts to work for you, it may be a red flag that they only plan to stay with you temporarily until they find a job that pays more.

Lack of commercial cleaning experience. Inexperienced cleaners not only increase your training costs; they also reduce productivity among your experienced staff. Of course,  sometimes it's a good idea to  take a chance on someone with the right attitude who doesn’t have the desired experience.

Another way to help prevent turnover, according to Lorianne Bauer, human resources and safety director at ESS Clean, Inc., Urbana, Illinois, is follow up.

ESS’ HR department calls its janitorial staff after they’ve been working three weeks, two months and six months just to touch base and make sure no preventable issues are occurring. Even if there isn’t a issue, it might be good for the company to probe for any type of feedback that lets it know what is working — all feedback should be welcomed.