These Are The Germiest Places In Healthcare Facilities 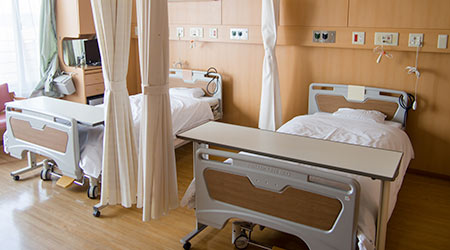 It’s not a surprise that there are germs in healthcare facilities, but according to an article on the Readers Digest, there are certain places and things where cleaning is particularly crucial.

• Almost everyone in a hospital has to touch the door handles. Studies have suggested that up to 30 percent of door handles may be contaminated.

• Similarly, people are constantly using a hospital’s elevators, and any germs they have on their hands—picked up from patient’s themselves, IV poles, bed rails, or other bacterial hot spots—can be transferred to the call .

• Bedrails are also hot spots for contamination, as they are sometimes not cleaned during a patient’s stay in the hospital.

• The rolling bed trays are also high-touch objects that may not get cleaned during a patient’s stay.

• Faucets in a hospital bathroom are frequently contaminated with fecal matter and other bacteria from droplets expelled from open toilets during flushing. But even the faucets not found in restrooms can be germ magnets.

• Out in the waiting room, the visitors’ chairs are collecting their own bacteria. Research on hospital furniture and equipment found that a risky level of antibiotic-resistant  bacteria.

• Other research has shown that hospital telephone sets aren’t cleaned as frequently as they should, despite being handled often by both patients and healthcare workers.