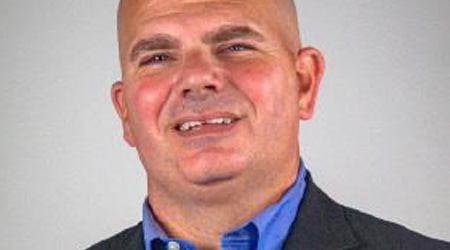 For only the second time in its 35-year history, The United Group (TUG) of West Monroe, Louisiana will soon be under new leadership. Tobie McKown, TUG’s President for the past 28 years, will retire from that demanding role and will remain Chairman of the Board of Directors and serve as the group’s CEO. Former distributor and United Group Member Todd Murphy has accepted the position of President and will begin his new role on September 4, 2018. Murphy completed the sale of his family business, United Paper Corporation, on August 1 and has relocated from Wisconsin to Ruston, LA with his wife Tina and their five young children.

McKown says, “It is especially satisfying to pass the baton to someone like Todd, who has been a Member of the group and will bring that experience to bear in his dealings with current and prospective Members and Suppliers.” He adds that Murphy is “intimately acquainted with the challenges facing independent distributors and uniquely qualified to work in their best interests. I really think Todd’s experience and leadership will bring greater depth to The United Group. He has my absolute stamp of approval.”

Murphy started working for United Paper Corporation in 1986 as a high school student. He joined the business on a full-time basis in 1994 and became United Paper’s President in 2003. He has been active in TUG since 2009, attending the annual Conference and serving on the Industrial Packaging Committee. He has resigned his position as Director on The United Group’s Board, and as President of TUG he will hold no ownership of the group.

“I’m very excited about this opportunity, and I’m looking forward to this time of transition for me and for TUG,” Murphy states. “After selling United Paper to a long-time friend, I can wholeheartedly enter this new role without reservations or other commitments. I’m honored by the Board’s faith in me, and I know I have big shoes to fill.”