The Trouble With Subway Restrooms In NYC 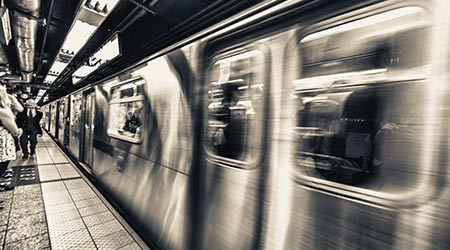 The subway restrooms in New York City have a reputation for being a thing of nightmares. A pair of New York Times reporters discovered this legend to be mostly true as part of a blow up piece written on the Big Apple’s many underground toilets.

A large reason New York City’s subway restrooms are so feared is that they fit so much traffic into such few facilities. The Metropolitan Transportation Authority says there is at least one operating restroom per gender in just 51 of the city’s 472 stations. Since 5.6 million people use the subway system on the typical weekday, that comes out to about on restroom per 53,000 riders, per the New York Times’ math.

The Metropolitan Transportation Authority has to put forth considerable effort just to maintain order in one of its restrooms. At Times Square, a guard keeps watch of the four single-occupancy restrooms shared between 12 subway lines. To gain admission to these coveted spots, the guard sitting in the booth must buzz a person in, which also begins their five-minute time limit for restroom use. The New York Times reporters say these were the only restrooms of those they visited that had all basics needed for personal hygiene. However, the station was like all the other in that it provided no tampons or pads.

The Times Square station wasn’t the only stop that sported restrooms with an odd flair. Toilet paper rolls are tied to a chain and padlock in the men’s restrooms at 125th Street in Manhattan. At Norwood-205th Street in the Bronx, a women’s restroom features a sign that reads “No Storage Within Three Feet” right below a radiator that appears to have been scorched by fire. That same restroom has a peephole on its main door so women can see who is outside.

Not all of the restroom spots were totally bad. The reporters praise (perhaps jokingly) the restrooms at Queensboro Plaza for having plenty of toilet paper and a half-full soap dispenser in the women’s facility and a strong hand dryer in the men’s. At the newer, heavily priced stations, the restrooms were described as being in near perfect condition.

The Metropolitan Transportation District would be well-advised to clean up its restroom facilities. As CleanLink reports, public perception of public facilities is directly correlated to the condition of there restrooms.