The Impact Of Minimum Wage And AI On Employment 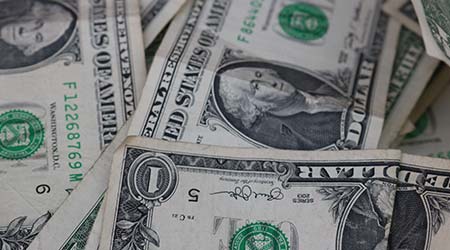 The controversy over raising the federal minimum wage to $15 an hour is coming to a head and revealing a wide range of perspectives. Many Americans support the proposed increase. Some businesses support an increase, just not one as large as $15. And others are firmly, vehemently against it.

Meanwhile there are some interesting trends driving and impacting the minimum wage issue, says Rick Grimaldi, an expert on workplace trends. One is the rise of artificial intelligence. The workplace of the future is likely to consist of a combination of people and robotics. In fact, it’s already happening; in another trend the arrival of artificial intelligence is pushing skilled workers downward in the job market, forcing them to take lower paying jobs.

“My thinking has always been that the jobs that paid $7.25 an hour were designed to be starter jobs for people just entering the workforce,” says Grimaldi, attorney and author of the new book "FLEX: A Leader’s Guide to Staying Nimble and Mastering Transformative Change in the American Workplace." “But, many have argued that after the Great Recession of 2008, higher skilled employees were forced to start taking low wage jobs to earn a living. It’s nearly impossible to earn a living on such a small salary. So, the argument goes, a minimum wage increase would give people at the bottom a fighting chance and pull many of them out of poverty.”

Also, for many employers: “For the last several years, there has been a patchwork of state and local minimum wage increases,” says Grimaldi. “This has forced employers who operate with multiple sites to have different pay standards for the same jobs in different locations. That has created a level of frustration. This along with the recognition that the minimum wage has not kept up with the rate of inflation may be changing some of the thinking around this issue. For example, Floridians, in last November’s election, joined a growing number of states and voted to increase the state minimum wage to $15 an hour over 6 years.”

But there is a countervailing argument that suggests just the opposite; that it would actually increase poverty levels by causing an increase in production costs and corresponding increase in prices and a parallel reduction in hours worked. Furthermore, the Congressional Budget Office estimates that raising the minimum wage could result in the loss of half a million jobs. This would be devastating in this pandemic impacted business environment; particularly in those industries hardest hit during the pandemic, like hospitality and retail where, ironically, most lower wage workers are employed.

In the future, the minimum wage could be tied to the Consumer Price Index (CPI), according to Grimald. The CPI is a measurement of goods and services that includes commonly purchased items across the US — like groceries, housing expenses, clothing, healthcare, and transportation expenses, etc. Grimaldi says CPI shows what it costs people to live, therefore that’s what the minimum living wage could be tied to.

Any increase should be a graduated increase so employers and small businesses can prepare for it, says Grimaldi. With a gradual minimum wage increase companies would have time to plan ahead and allocate resources. This will give business owners time to evaluate expenses and revise their budgets, strategically cut costs, and reconsider their prices. Grimaldi says a three-to-five-year phase in is a realistic timeline for these increases and that this approach would at least reduce the immediate impact on businesses.

No, an increase to a $15 minimum wage probably won’t drive most employers to depend more heavily on AI and put people out of work.

“People who are going to invest in technology are likely going to do it anyway,” says Grimaldi. “Furthermore, even with AI upgrades, employers will still need good people to help run their companies.”

In many workplaces, the best option for future businesses will be a combination of people and robots working together. Employers are constantly looking for ways to be more efficient, and those who want to invest in AI to improve their productivity will likely do it whether the federal minimum wage rises or not.

In many cases, employees are the face of your business. Customer service is important and consumers are always demanding more from the businesses they choose to support. Well trained, well paid talent is an investment worth making.

“The past year has shown us how tough it can be for low wage workers to survive,” concludes Grimaldi. “Everyone willing do an honest day’s work deserves a wage that allows them to meet their basic expenses and live with dignity. Finding the right balance for those employees while not crippling businesses is a critical issue that we have to address as the workplace evolves.”