The History Of Why Handwashing Gender Gap Exists 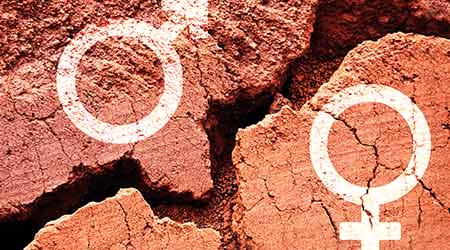 Men and women don't agree on several personal hygiene habits, including handwashing. Studies conducted in recent years prove this. But the gap in hand cleanliness hasn't just existed in the short term. In fact, there is a long history of differences in male and female handwashing, according to a book recently reviewed by Slate.

Nancy Tomes’ “The Gospel of Germs: Men, Women, and the Microbe in American Life" says that in previous centuries, an unbalanced workload burdened women with stopping the spread of germs in the home. This was a bad spot to be in during the late 1800s and early 1900s because scientists were finding out more about deadly diseases, just not how to prevent or treat them. As a result, all sorts of wacky theories were devised.

An editorial from an 1874 journal describes germs as some sort of unrelenting menace that propagates in every inch of the home. In 1910, the National Tuberculosis Association sent out a great deal of warnings about using drinking cups, paper money, pencils and forks used at oyster stands. Essentially, people were told everything was going to get them sick and women were the ones who had to somehow stop this.

Somewhere along the line, women became responsible for stopping acts that easily could spread infectious disease. These instructions angered older folks, who protested by continuing to share spoons, plates and even bites of food with infants. Men would spit just to annoy women who had become concerned with germs. This spitting was carried out on the street, in trains and even in the home.

Women began heeding the advice of home economists who insisted purchasing food that was wrapped in individual packaging and buying milk from dairy providers who forced their workers to wash their hands frequently. When women were given the right to vote, they led the charge to increase public health spending, resulting in a decline in infant mortality — something women were often blamed for, somehow.

Not all of the research led to good advice. At one point, library books were being fumigated in formaldehyde after being returned and clothes were expected to be cleaned better so as to stop the spread of yellow fever.

In the end, it was these early roles for women that has led to different standards for cleanliness between men and women, the research argues. To read Slate's entire report on Tomes’ work, click here.