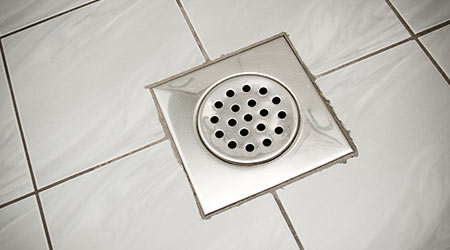 Thousands of schools around the country are re-opening or plan to do so sometime in September. Because most of these schools have been closed for months due to COVID-19, school administrators are doing everything possible to make sure schools are not only clean, but healthy. However, one troubling area that may be overlooked is right under their feet: floor drains. Under each floor drain is a trap seal.

When a floor drain is working correctly, it is filled with water that blocks odors, bacteria, and pathogens - including those that might cause COVID - from being released into the air. It is when they dry out that serious problems can occur, making the drain an open sewer line.

"Drains provide excellent conditions for these potentially deadly inhabitants to not only survive, but thrive," says Klaus Reichardt, CEO, and Founder of Waterless Co., Inc. "Some of these may even be multi-drug resistant organisms, that are also resistant to traditional cleaning solutions and disinfectants."

This was one of the causes of the SARS epidemic in Hong Kong. According to a report in Infection Control Today, the World Health Organization found that the U-trap seals (a.k.a. P-trap seals) in the drainpipes at the city's Amoy Garden apartments triggered the SARS outbreak because the water in the drains had evaporated.

To address this situation, Reichardt says many cleaning professionals and building engineers pour bleach down the drains.

"However, bleach may just pass through the drain and possibly corrode pipes, especially older pipes."

Instead, he suggests using a liquid "ever prime," now widely available.

"Administrators should pour some water and then a few ounces of ever prime liquids into every floor drain before school opening," says Reichardt. "It will last for months and block fumes and pathogens from being released."