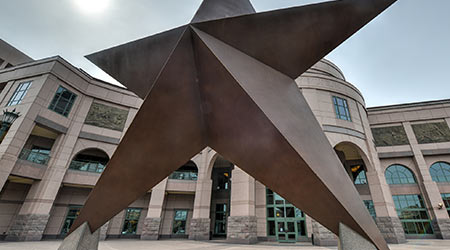 The city of Waco plans to start outsourcing its janitorial services as early as this fall, with a phased-in approach that could allow existing janitors to keep their jobs for at least another year, according to an article on the Waco Tribune website.

The Waco City Council is expected in August or September to vote on allowing a contractor to take over cleaning about half the city’s buildings, leaving current employees to maintain the rest.

Waco officials have suggested outsourcing as a way to reduce the city’s $1 million janitorial budget by about a third.

The idea of privatizing janitorial service has drawn opposition from janitors and others who fear the council was looking to balance its budget at the expense of some of its lowest-paid workers.

But city officials say the leading applicant would offer pay rates similar to Waco's current janitorial wages, while providing sick and vacation days and health insurance with no premium, though no retirement plan. The firm told the city that 75 percent of its workers will be full-time.

Under the city transition plan, the private firm would start working in at least 12 of the city’s 22 buildings. Existing city janitors who wish to stay with the city of Waco would be assigned to other buildings. The city has 19 full-time and three part-time janitorial positions, but several positions are empty and are being covered by temporary workers.