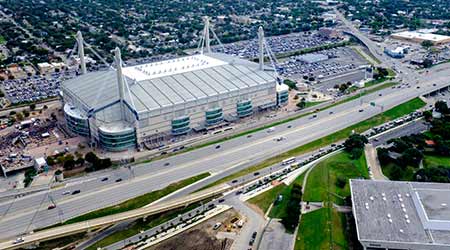 A San Antonio Janitorial Services contractor was convicted of overbilling the city for services at the Alamodome and sentenced to 25 months in federal prison, according to an article on the Texas Monitor website. Geoffrey Comstock, owner of Go Professional Environmental Management, also must pay more than $358,000 in restitution.

Comstock claimed the overbilling arose because of changes in the city’s billing process. Rather than put the requested changes in writing. Comstock said he proceeded on a handshake agreement with a former city employee that resulted in the misunderstanding — and the charges — years later, according to an article on the Laredo Morning Times website.

Comstock said the city employee asked Go Professional to estimate the costs of cleaning up after an event, and paid the company based on the estimate rather than actual hours. He said the city waited 13 years to ask him to produce supporting documentation for more than 2,000 invoices..

Prosecutors said Comstock inflated the number of man-hours of janitorial work performed to help make more money, because the contract he negotiated with the city resulted in very little profit.

Go Professional Environmental Management worked at the Alamodome from March 2002 until the contract was suspended in October 2015 and terminated in March 2016.

When Go Pro had its contract renewed in 2007 for another five years, the contract changed to include language that the Alamodome facility manager and Go Pro “will establish a service request” before events at which Go Pro would provide janitorial services, the Times article said.