Tennessee Lawmakers In A Lather About Office Soap 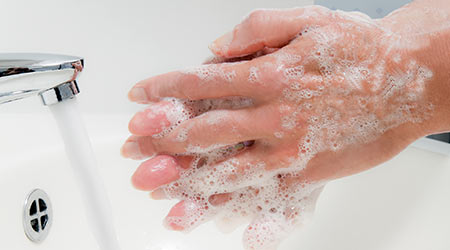 The Tennessee General Assembly, is getting itself into a lather about the amount of soap available in their Nashville office building, according to the Nashville Public Radio website.

Apparently, the lawmakers have been reduced to bring their own soap because the building's restrooms keep running out. And soap isn't the only bathroom necessity that's been in short supply.

Many claim the problems began soon after a private firm took over janitorial services from the state four years ago. Whether true or not, their perception that corners are being cut has soured some legislators' view of outsourcing.

Meanwhile, the Office of Customer Focused Government, which administers the janitorial contract, says there's a solution: The legislature could put in more work orders.