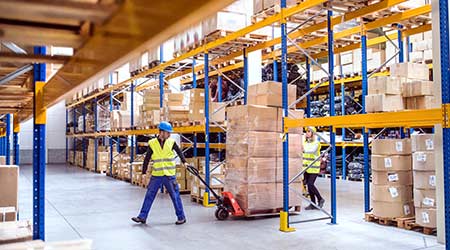 The job of the average distributor could be altered over the next decade due to the adoption of technology in warehouses, according to the findings of the UC Berkeley Labor Center.

While its often assumed that the implementation of automation into the warehouse is driven by a desire to reduce labor costs, UC Berkeley’s research finds that distributors might have other motives for making a change. For example, today’s tight labor market is putting extra pressure on those in distribution, as is the rising cost of real estate and the demand to get more work done faster. However, there might be more reason for distributors to not embrace technology. Researchers say unpredictability, outsourcing dynamics and the state of technological advancement could prevent distributors from taking on more technology. It’s because of this that the UC Berkeley Labor Center is projecting that technology will not lead to significant job loss per the next decade.

Despite the fact that the center doesn’t expect jobs to be lost, it does predict technology to impact the way warehouses function. That’s because many employers could begin using technology to reduce the skills requirements for the positions they have in an effort to reduce turnover costs and the burden of training.

The reduction of skill requirements due to new technology could hurt American workers because it might lead to wage stagnation, low job security and work that’s even more monotonous than it is right now, according to the research. Employees might also have to worry more about micro-managing by way of electronic monitoring.

Researchers believe the changes mentioned above would have impact warehouse workers and their communities the most.

To read more on the findings of UC Berkeley’s Labor Center, click here.