Task Lists For Hospital Cleaners Will Soon Include Feeding Patients 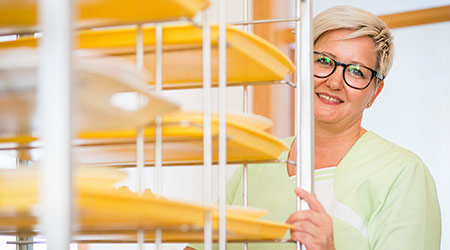 To create efficiencies within the facility, some hospitals are considering giving double-duty to environmental cleaning staff. According to The Daily Mail, following their cleaning duties, the environmental services staff might also end up helping feed meals to patients.

Under the new plan, NHS staff will switch from one task to another while wearing the same clothes, only donning an apron and a hairnet before serving food. Besides hygiene, there is also the question of whether cleaners are the right people to feed patients – a role that used to be carried out by nurses.

According to reports, the new system will go into effect in July and it will start at St George’s Hospital in Tooting, South London. Mitie, an outside contractor for the NHS, is currently in the process of consulting its approximately 600 staff at St George's on the changes.

The plans are opposed by the GMB union, which warns of a serious ‘cross-contamination risk’ to patients.

For example, one union representative explained to MyLondon reporters how janitorial workers are moving around in high risk areas, which can open up the possibly of transporting infections from one area to another. Introduce food to that mix and it could become a real hazard.

It's not just the cleaning workers the union is concerned with. The plan will also affect the nurses and the patients. The announcement comes just a week after it emerged that five patients across England who had eaten sandwiches infected with the deadly bug listeria have died.