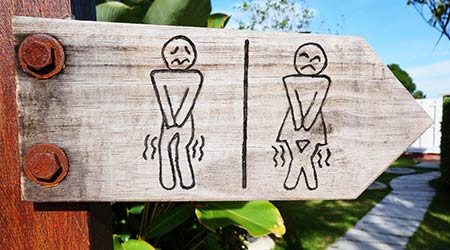 A smart restroom that cannot only clean itself, but also speak, is being installed at a public lot owned by the city of St. Helena, California, reports the Napa Valley Register.

The $183,600 modular restroom will be built on the city’s Money Way — ironic considering the council chose the restroom because other bids were much more expensive.

Built by a company in New Zealand, the restroom, named “The Exeloo,” offers semi-common features, like self-flushing toilets, and unique offerings like a welcoming voice that plays music everytime someone pushes the button to open its doors

The Exeloo doesn’t want people spending all day in the stall — 10 minutes after entering occupants are told that the doors will be swung open. Should the occupant choose to ignore this warning, the police will be called.

The self-cleaning comes by way of a self-disinfection feature that kicks in after every 30 flushes. This feature will not replace the cleaning conducted by city workers, but it will reduce the workload.

While the Exeloo sports some spiffy advancements, its feature are not as next-level as others that have been proposed. Some toilets have been developed to monitor the health of those using them. Others, for some odd reason, feature LED lights that change colors.