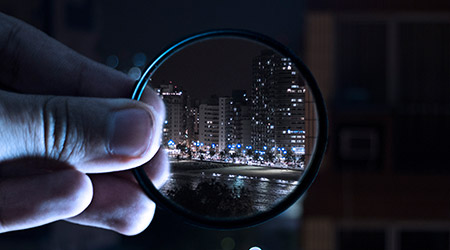 As we become more aware of the three pillars of sustainability — people, planet, and profits – many of us in the professional cleaning, carpet cleaning, and distribution industries are finding at least two of them a bit confusing. One is profits, but the other one, which will be the focus of our conversation here, is people.

The people component of sustainability typically refers to social equity. This consists of such things as providing safe working conditions for our staff, fair living wages, health care benefits for employees, eliminating discriminatory practices, as well as giving back in one form or another to the local community.

But I would like to explore this pillar – social equity - a bit further. Because, I would like to see the professional cleaning industry become a leader when it comes to the hiring of people with disabilities. The 2015 Census Bureau’s American Community Survey defines people with disabilities as those that have serious difficulty in one or more of the following four areas:
1. Hearing
2. Vision
3. Cognition (the mental action or process of acquiring knowledge and understanding through thought, experience, and the senses)
4. Ambulation (difficulties in walking or moving; this is the most common form of disability)

According to PEW Research, as of 2015, there are nearly 40 million Americans that fall into one or more of these four areas of disability, representing more than 12 percent of the U.S. population. This would include people born with a disability, acquired a disability as a result of an accident, as well as veterans, who entered military service free of a disability but returned home with one.*

So what’s going on here? If people with disabilities can perform the same or similar jobs as those without disabilities, why are they not hired? If they are hired, why are they paid a third less than physically able co-workers?

According to the American Association of People with Disabilities, it often comes down to personal biases in the hiring process. Many employers have a perception, which is usually incorrect, that people with disabilities just cannot do the job or do it as efficiently as those without a disability. Further, they believe it will cost them more to accommodate these workers; they may have more accidents in the workplace, or are prone to be absent more than those that are not disabled.

Studies have found that these perceptions are false. For instance, according to reports by the Michigan Department of Health and Human Services:

• People with disabilities are not absent from work more than other staffers and in some cases have better work attendance records.

• People with disabilities can perform many of the same jobs and tasks as those without disabilities and perform them just as well; it all comes down to proper training and giving them a chance.

What we are witnessing now is some of the most important companies in the U.S. taking specific actions to hire those with disabilities. This includes such companies as Walmart, Aetna, Bank of America, and Walgreens. And in our own industry, just recently a leading jan/san manufacturer was honored for employing more than 60 people with disabilities.

As diversity spreads within the professional cleaning industry, the hiring and acceptance of those that can perform the job, but are disabled, is just one more form of diversity. We need to help give these people a chance to improve their lives, pay them fairly, and give them a seat at the every expanding jan/san table.

Stephen Ashkin is president of Sustainability Dashboard Tools, Inc., and known in the professional cleaning industry as the leader in turning sustainability into cost savings. He can be reached through his website.

*The most common disability of returning veterans is tinnitus. Other ailments causing disabilities include neck and back problems; post-traumatic stress disorder; migraines; forms of arthritis; scars; ankle problems; and high blood pressure.