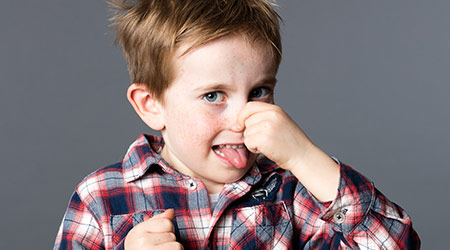 Almost 50 percent of cleaning professionals experience spills of blood or feces every day. Bio messes like blood, feces and vomit can contain a variety of pathogens, and as people move throughout the environment, they interact with different surfaces and move germs from surface to surface. The impact can be tremendous and not just on public health, but on reputation, as well.

• Consumers generally have low tolerance for bad smells and messes in commercial facilities, are vocal about their concerns, and expect staff and management to address them immediately.
• Three quarters of consumers (76 percent) think facilities should clean up smells and stains related to urine, feces, vomit and blood immediately, and 17 percent would want them cleaned up within five minutes.
• If confronted with a bad odor:
• In an office setting, almost three quarters (70 percent) would complain to management
• At their child’s school, six-in-10 parents (60 percent) would complain to a teacher (61 percent), principal (59 percent) or facility manager (59 percent)
• In a hotel, 74 percent would complain to hotel staff
• In a long-term care facility, a majority would complain to administrative staff (78 percent) or a nurse (62 percent)