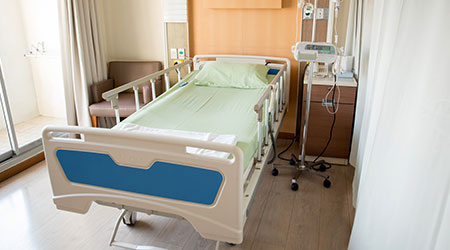 Doctors in Scotland have called for common hospital disinfectants to be regulated like antibiotics. According to reports from The Herald, the push came after studies suggested that the chemicals are helping create resistant superbugs.

The researchers at Scotland's University of Aberdeen say that as many as 10 to 15 patients a month — in an average intensive care ward — are contracting infections linked to the overuse of disinfectants. This has led to calls for the products - Chlorhexidine and Mupirocin - to be more strictly regulated.

The results suggest that healthcare facilities need to change the way they think about using disinfectants, particularly in the hospital setting, according to the study's leader, Dr. Karolin Hijazi, a Senior Clinical Lecturer at the university.

The research showed that in environments with a high concentration of disinfectant, previously harmless staphylococcus epidermidis bacteria can develop resistance to treatments commonly used to treat infections.

The staphylococcus epidermidis bacteria can also potentially transfer its resistance to the more dangerous staphylococcus aureus, which then transforms into MRSA, the article said.

There is currently debate in Scotland’s hospitals over the use of disinfectants. Some hospitals, such as Aberdeen Royal Infirmary, choose to decontaminate all patients, while others decontaminate only those who are at greater risk.

Despite the concerns over the use of the disinfectants, the researchers stop short of calling for hospitals to ban them.