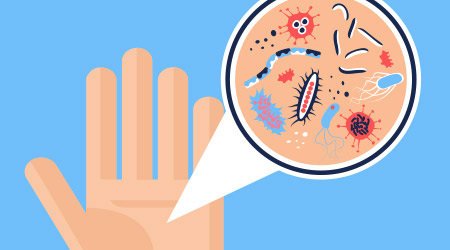 Drug resistant superbugs have been making some scary headlines lately. Antibiotics aren't working, but the good news is, washing your hands correctly still does. According to an article on Gizmodo, handwashing alone isn’t going to stop superbugs. But, there’s proof that proper handwashing can lower the risk of Candida auris spreading during an outbreak.

According to reports, drug-resistant infections can be curbed in healthcare facilities with good handwashing. Annually, drug-resistant germs infect roughly 2 million Americans and kill more than 20,000. According to one estimate, they might very well claim more lives worldwide than cancer by 2050 if nothing changes.

If that isn't enough motivation to wash your wands, what is?

According to the Centers for Disease Control and Prevention (CDC), you should wash with soap and clean running water for 20 seconds, lathering vigorously. Then rinse hands thoroughly before drying fully with a towel or air dryer.

The workplace custodial team has an important role in supporting handwashing efforts. They should:
• Promote easy access to clean hands with full soap dispensers and adequate dryers or paper towel supplies
• Stay on top of hygiene issues by making sure they're up-to-speed on cleaning and disinfecting "best practices" that will ensure a healthy environment