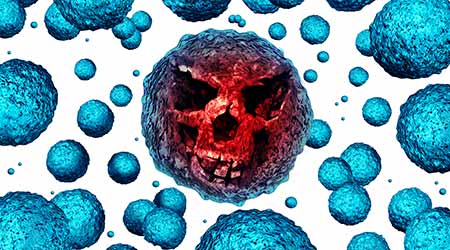 One of the most dangerous infection threats is one you don’t hear much about — outside of healthcare facilities. Superbugs are becoming a stealth epidemic, according to an article on the NRDC website.

A superbug is a disease-causing bacteria that is immune to treatment with antibiotics. For example, one of the most common superbugs is Methicillin-resistant Staphylococcus aureus (MRSA), which is caused by a super-resistant strain of staphylococcus bacteria. The World Health Organization (WHO), the U.S. Centers for Disease Control and Prevention (CDC), and others consider the global epidemic of these antibiotic resistance to be one of our biggest health threats.

Until recently, the most used figure was at least 23,000 annual deaths, along with 2 million infections. But this figure — from the CDC — only includes deaths in hospitals, ignoring deaths in homes or senior facilities. Counting the latter, Reuters reported in 2016 that there actually could be tens of thousands more superbug-related deaths each year.

Because of this, the Infectious Diseases Society of America (IDSA), which represents physicians who specialize in infectious diseases, uses a figure of up to 162,044 deaths annually, or more than seven times higher.

A report in the Journal of the Pediatric Infectious Diseases Society echoes these concerns. The study found that from 2007 to 2015, the number of kids treated in hospitals for certain types of multidrug-resistant infections rose 750 percent.

While some infections were spread inside healthcare facilities, the report said 551 of the 724 multidrug-resistant infections were present in the kids when they arrived at the hospital. This suggests that they became infected out in the community.

While skin-to-skin contact through skin abrasions is the most frequent form of transmission, MRSA also lives on soft and hard surfaces. No facility is immune — which is putting a spotlight on custodial workers’ ability to prevent cross-contamination.

Cleaning professionals looking to target MRSA and other superbugs will place a heavy priority on preventing cross-contamination, through strict training, the proper use of tools and chemicals, and color-coding. Tactics being employed include color-coded microfiber cloths and mops, four-filter backpack vacuums, and disinfecting high-touch areas like light switches and door handles.

Dual chamber buckets and flat head mops that keep dirty water apart from clean water also helps stop a spread of germs. In controlled environments like labs and clean rooms, flat mops are predipped into cleaning solution, and rolled inward incrementally so that it’s all rolled into a separate compartment until the cleaner leaves the room.