Superbugs Are Spreading More Than Expected 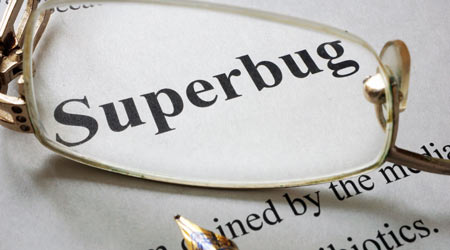 Researchers have found that carbapenem-resistant Enterobacteriaceae (CRE) may be spreading more widely than previously thought, according to a study in Proceedings of the National Academy of Sciences.

CRE is a nationwide threat and often spreads in persons with compromised immune systems, making hospitals and long-term care facilities particularly vulnerable. The Centers for Disease Control and Prevention estimates that CRE has been the cause of 9,300 infections and 600 deaths each year in the United States.

And as reported by CNN, the person-to-person transmission might be occurring more often than ever before, and without sign of symptoms. Reachers came to this conclusion after finding very little evidence of direct transmission between patients who became sick. Instead, it is believed that people that had colonized with these germs may spread them without ever becoming sick themselves.

Experts do stress that proper hand hygiene and environmental sanitation are essential to preventing the spread of this bacteria.