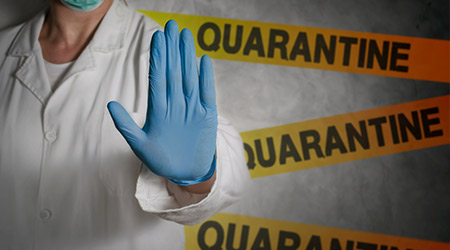 Research shows that the likelihood of a microbe becoming a dangerous superbug is increasing, according to the Rothamsted Group.

The United Kingdom-based scientists say laboratory studies are finding more and more evidence that one mutation could result in hypervirulent strain of bacteria, fungi and water molds that cause disease to human, as well as crops used for human consumption, such as vegetables, fruits and grains.

The number of hypervirulent strains noted by the scientists has rose from 112 in 2015 to 475 at the time of the report. Dr. Kim Hammond-Kosack, a geneticist involved in the tracking of the data says the increasing presence of hypervirulent strains suggests that new factors taking place during infections have been discovered. As a result, scientists need to carefully monitor these changes.

“In addition, we have the emergence of many new disease causing organisms, we have diseases jumping species barriers into new hosts, and we have a growing resistance to antibiotics and pesticides –– coupled with a rise in legislation banning or restricting many existing chemicals we use for control –– all of which means microbial infections are of ever growing concern to human, animal and plant welfare,” says Hammond-Kosack.

Planning and preparing for the outbreak of a disease could soon become more popular. For example, one university in New York recently held an exercise in which it simulated the outbreak of disease so that participants could prepare for an emergency.