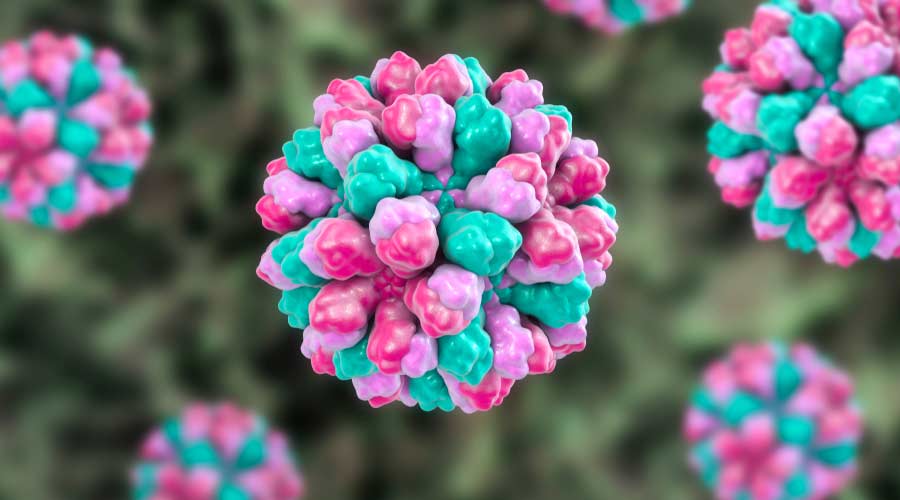 A new study by North Carolina State University, in partnership with GOJO, found that total formulation (the active ingredients and non-active ingredients) significantly impacts a surface sanitizer or disinfectant’s efficacy against norovirus – the leading cause of foodborne illness in the United States.

Including a wiping step enhanced the efficacy of all the products by physically removing the virus. When the paper towels used to wipe the products on the laminate material were tested for the presence of residual virus, it was only on the ones used with the ethanol-based product that the virus was completely absent (i.e., the product effectively inactivated all the inoculated virus). The paper towels used with the other three products contained high concentrations of the virus, and residual virus also remained on the surfaces after sanitizing. If those paper towels weren’t handled safely, they could potentially further cross-contaminate other surfaces or skin. In addition, while foodservice establishment staff would believe these decontaminated surfaces were free of the virus, the virus nonetheless remained behind after using the other three products.

“This research clearly shows all food contact surface sanitizers are not equal from a norovirus efficacy standpoint,” says Chip Manuel, Ph.D., food safety science advisor, GOJO Industries. “When considering products for an establishment, food safety professionals need to be confident in a product’s efficacy — especially for the hard-to-kill norovirus — so they should ask for data on product efficacy against this specific pathogen.”

“This research also shows that paper towels used to clean up a spill or a bodily fluid incident can easily become contaminated with norovirus,” says Dr. Manuel. “This has implications for a facility’s norovirus clean-up plan, which is now required by the U.S. Food and Drug Administration in their latest model Food Code. Paper towels used after cleaning up an incident should be handled very carefully (e.g., wearing personal protective equipment, immediate disposal, etc.), or cross-contamination could cause further illness.”

“Surprisingly, there are few controlled scientific studies that have sought to evaluate the efficacy of commercial disinfectants in inactivating human norovirus on surfaces,” said Lee-Ann Jaykus, Ph.D., William Neal Reynolds Distinguished Professor of Food Microbiology at NC State. “The same can be said for studies that address the importance and value of wiping, which is a common step in the sanitization process. Our work confirms a long-suspected phenomenon that there are differences in the anti-noroviral activity of various commercial sanitizers, despite the fact that some are allowed to make label claims of such activity. Label claim applications are based on data collected using a different culturable surrogate than Tulane virus, one which is often more sensitive to inactivation than is human norovirus. Hence, users should take caution, even when using products making such label claims. As for wiping, this step results in removal of 99-99.9 percent (2-3 log) of virus but fails to reach the >99.99% (4 log) reduction standard required for a product to be considered efficacious. Importantly, it the sanitizing product does not inactivate norovirus, the towels used in wiping can harbor residual virus which poses a potential cross-contamination risk.”

The study, The Efficacy of Commercial Surface Sanitizers Against Norovirus on Formica Surfaces With and Without Inclusion of a Wiping Step, was recently published in the Journal of Applied and Environmental Microbiology.

What should food safety professionals take away from this research?

“Norovirus is the number one cause of foodborne illness in the United States, and this is partly because of how well this virus can persist on surfaces – it can survive for weeks,” says Dr. Manuel. “When it comes to controlling norovirus, selecting an effective surface sanitizer is only one piece of the puzzle – an establishment must rely on a total program approach. How good are employee hand hygiene practices? Are restrooms, touchpoints, or other high-risk surfaces disinfected on a daily basis? Are employees trained to respond to a bodily fluid situation when it happens? These are all aspects of a norovirus control program that are important to consider.”

This news comes at the start of Food Safety Month and ahead of peak norovirus season, which traditionally begins in October and lasts through April. Ignoring the potential of a norovirus outbreak can be costly, pose a risk to customers and employees, and significantly damage a restaurant’s reputation. Globally, norovirus sickens nearly 700 million each year and costs an estimated $64 billion a year, primarily through productivity loss, according to a 2016 study.

For more information on this study, read a Q&A with Dr. Jaykus.