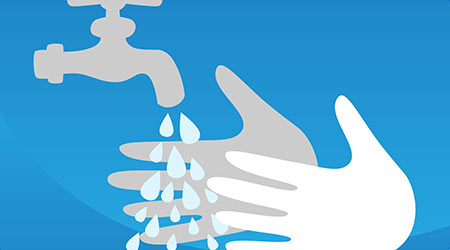 The U.S. Food and Drug Administration (FDA) reported that washing hands with warm water is actually more effective at removing germs than cold water is. As a result, the FDA requires that water temperature in restaurants, cafeterias, and other food service establishments is between 100 and 108 degrees Fahrenheit, according to reports from MedicalNewsToday.

But, previous research has drawn attention to the fact that there is not scientific evidence to back up the claim that hot water is required to kill off germs during hand washing. And now, new research suggests that cold water might do the trick just as well as hot water.

The new study examined the effect of various factors, such as soap volume, water temperature, lather time, and the handwashing efficacy of the soap as formulated on the product.

At the beginning of the study, the participants used 1 milliliter of non-antibacterial soap for a 5-second lather time at a water temperature of 98.6°F.

The researchers examined the effects of hot and cold water handwashing on 20 volunteers, consisting of 10 men and 10 women. Each test was replicated 20 times over a period of 6 months. During this time, the participants washed their hands in water that was 60.8°F, 78.8°F, or 100.4°F.

The volume of soap used also differed, with participants washing their hands with 0.5 milliliters, 1 milliliter, or 2 milliliters of soap.

Overall, using an antimicrobial soap did not prove to be that much more effective than using regular soap. Lather time, however, significantly improved efficacy in one scenario.

Importantly, water temperature did not have a significant effect on reducing bacteria. Whether it was 100.4°F or 60.8°F, the researchers did not detect any difference in bacteria reduction.

Additionally, the study revealed that even washing hands for as little as 10 seconds is effective enough for removing germs. The findings are particularly important, given the FDA's regulations on water temperature for safe food handling and concerns around energy waste.