Study Reveals Why Businesses Are Shifting Toward Sustainability 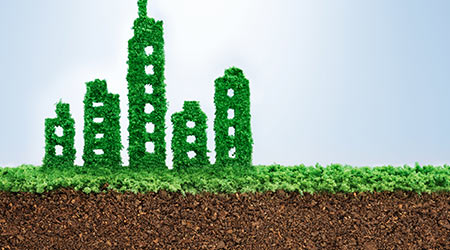 A study was conducted earlier this year to capture the views of American consumers and businesses regarding their attitudes and practices when it comes to sustainability and the use of natural resources. Referred to as the Deloitte Resources 2017 Study, this annual study was based on their findings for calendar year 2016.

As to businesses, the researchers conducted more than 700 online interviews with what were termed "business decision makers." These decision makers all worked in companies with more than 250 employees and were in a variety of different industries.

"The gist of what they found," according to Stephen Ashkin, CEO of Sustainability Dashboard Tools, "was that companies are getting much more involved in resource and energy management. In fact, it has been increasing in increments for nearly a decade."

As to why these companies are moving in this direction, 54 percent said cutting costs was the primary factor.

"However, they found something else evolving," adds Ashkin. "According to the study, more than eight in ten now say they are shifting from merely focusing on cost reduction to risk reduction."

Reducing risk, he says, is how companies can be more resilient to unexpected price increases in energy, fuel, and water, or survive significant storms, such as the recent hurricanes.

Among the other findings of the study were the following:

• Sixty-one percent of the decision makers indicated it's their customers that are demanding they become more sustainable and turn to renewable resources.

• Sixty-five percent report their companies actively publicize the fact that they are turning to renewable energy sources, apparently using their sustainability efforts also as a marketing tool

• Half of the companies reported they now have documented energy/mission statements, something few companies had just a few years ago.

"On the consumer side," Ashkin says, "the researchers found that Millennials are strongly behind sustainability initiatives. They promote and share innovations on social media and are willing to put their money where their values are."