Study Reveals That Sunshine May Kill Bacteria In Dust 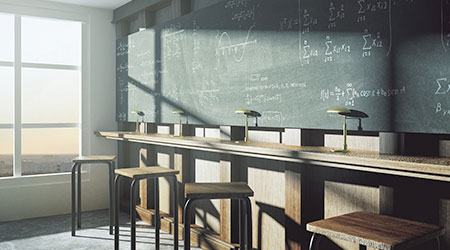 In case a pleasant view or a reduction in energy isn't enough to earn workers a window, a new study reveals that the sun's rays can actually kill bacteria that lives in dust commonly found in facilities.

Dust kept in the dark contained organisms closely linked to some respiratory diseases. But the same organisms were largely absent in dust exposed to daylight.

The study also revealed that less human skin-derived bacteria and more outdoor air-derived bacteria lived in dust exposed to light than in dust not exposed to light. This could suggest that daylight causes the bacteria in indoor dust to resemble those found outdoors, according to a report from Infection Control Today. The authors believe that the study supports the folk wisdom that daylight can kill germs, but said more research is needed to understand the underlying causes of the shifts.

With further understanding, it is reported that architects could design access to daylight in buildings such as schools, offices, hospitals and homes in ways that reduce the risk of dust-borne infections.

Even though researchers selected light dosages similar to those found in most buildings, there are many architectural and geographical occurrences that produce lower or higher dosages of light that may need further examination.