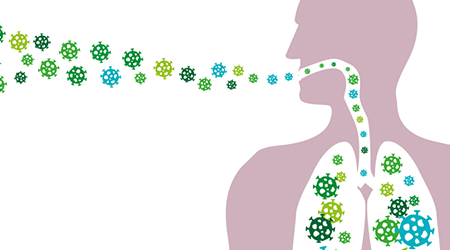 Regular use of cleaning sprays can have as much of an impact on health as smoking a pack of cigarettes a day, according to Newsweek reporting. In fact, a recent study, published in the American Thoracic Society's American Journal of Respiratory and Critical Care Medicine, revealed that lung function decline in women who regularly used the products — such as those who worked as cleaners — was equivalent over the period to those with a 20-cigarette daily smoking habit.

Authors of the research, from Norway’s University of Bergen, conducted the study because although there was significant documentation on the short-term effects that cleaning chemicals have on asthma, there was little research on the long-term impacts they have on lung function.

Women in the study — more than the men — experienced increased rates of asthma and many also encountered noticeable decreased lung capacity. The experts attribute the decline in lung function to the damage that cleaning agents cause to the mucous membranes lining the airways, resulting over time in persistent changes.

The scientists advised avoiding the use of chemicals, when possible, and instead using microfiber cloths and water.