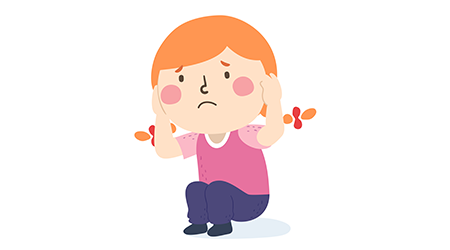 A study published in June by the Canadian Pediatric Society concluded that noise made by the hand dryers often found in public restrooms can be damaging to the hearing of kids. While the conclusion of the study would draw attention in and of itself, more ears are being lent to the findings because the researcher behind the publication is a kid.

Nora Keegan, a 13-year-old from Calgary, Canada authored the study titled “Children who say hand dryers ‘hurt my ears’ are correct: A world study examining the loudness of automated hand dryers in public places.” She was motivated to start her research at age 9 because she was noticing that her and her peers were avoiding using hand dryers because of discomfort it caused their ears, reports National Public Radio.

From 2015 to 2017 Keegan studied the hand dryers found in more than 40 public restrooms throughout Alberta, Canada. Her most important tool was a professional-grade decibel meter. Keegan’s research found hand dryers to be “really, really loud,” especially for kids, whose limited height bring their heads closer than others to the devices.

Obviously, some hand dryers make more noise than others — the loudest machine Keegan tested was 121 decibels. Conventional dryers cause much less noise — 55 to 75 decibels, one expert told Facility Cleaning Decisions. So if noise becomes a concern, facilities could implement a less powerful machine or even purchase one of the tools created to reduce noise.